Do you want to lose 6 stone in a month?

With the second Path to Happiness program starting again on September 2nd, I should really be posting wonderful blog posts about how my clients have lost 6 stone in a month and have gone from a coach potato to a world record breaking marathon runner in 8 weeks.

The Path to Happiness is not that kind of program though.

Yes, the results my clients get are very impressive!

Yet, most do not have amazing ‘before and after’ pictures and nobody is completely ‘fixed’ at the end of my signature, 5 month program.

The Path to Happiness is a very different type of health program to anything you would have been on before.

Let me use the amazing and lovely Angela as an example. 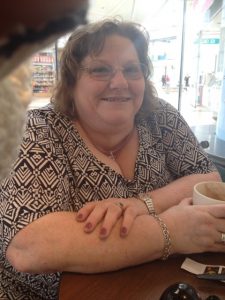 When I first met Angela, she was very unwell.

Struggling with Fibromyalgia, severe joint pain and IBS it is fair to say that Angela was quite fed up.

In fact, Angela was so unhappy with her current state that it took her a long while to actually open up to me and tell me everything that was affecting her everyday in both her body and her mind.

There was, and still is, no quick fix for Angela’s symptoms.

Likewise, due to so many underlying health issues and a severely restricted diet (I will explain that in a moment) it has been very hard for Angela to shift the weight.

We lose 1 or 2 pound, plateau for a week or so and maybe put 1 pound back on. It’s incredibly tough for Angela to take as she works very hard to lose the weight.

Isn’t this supposed to be a testimonial????

Well, not really. This is more of a case study that I hope can help many people such as yourself.

It can help you because so many of us suffer the same issues as Angela is going through right now.

Do you ever suffer with tiredness after eating a meal?

Do you suffer with gas or bloating for no apparent reason?

Are you always picking up silly little colds and allergies?

Is your weight constantly yo-yoing?

These are all common issues, so admitting you have them is no big deal.

However, simply following the latest diet craze in the hope that shifting 1 stone for your beach holiday in September is going to solve all these problems is absolutely crazy.

Your problem is not that you are overweight.

There is a deeper rooted issue (actually, probably quite a few deep rooted issues) that is the underlying cause of your bloated feeling, lack of sleep, poor sex drive, lack of motivation, joint pain and weight loss.

You just need to find out exactly what that problem (or problems) is.

In Angela’s case, many of her conditions can be sourced back to her gut health.

At the start of the program we ran an intolerance test to find out exactly what foods where causing the upset in Angela’s tummy.

Is the Gut is the first or the second brain?

The saying is that the gut is your second brain. That is how important your gut is! But I actually believe the competition between the brain and the gut runs much closer than that.

The gut is responsible for our immune system, it is largely responsible for our intake and use of nutrients and there is a huge nerve called the Vagus Nerve that runs like a massive highway between our gut and our brain meaning the food we eat totally rules our mental function (fortunately, we have a module on eating for mental health within the Path to Happiness)

The pain Angela feels within her joints, the issues she has with IBS and the fibromyagia can all be eased and eventually eradicated with a strong, healthy and functioning gut and immune system.

The result of Angela’s intolerance test allowed us to see many foods that were causing damage to her gut and immune system. This allowed us to remove these from her diet and slowly allow her body to reduce the swelling, reduce its sensitivity to these foods and reduce some of the nasty post meal effects they were causing Angela.

The next stage is to start to repair the gut itself

We have a varied approach to this but with whatever approach we take, this is a long path. And for Angela and myself, it is still ongoing to this day.

We have to utilise good foods that help nourish, calm and repair the gut from within.

We have to build up the gut microbiome and we have not only done this by focusing on Angela’s nutrition but also with the aid of some good quality pro biotics. And most recently with the use of some additional slippery elm powder (great for lining the gut wall and digestive tract)

It is a long road. Not only for Angela but for many of us in the Western world.

Over the years, our diet and our way of life has caused damage to our body’s that we are just not meant to take and as a result, we struggle to repair ourselves.

The temptation might be to look externally at our weight. How we look does impact how we feel after all, and we might even look to medication to cure our ailments (Angela has greatly reduced her medication since joining the program). But we really need to look within and give our own body the chance to cure all of its problems itself.

As I said, this is more of a case study and a work in progress report than a testimonial, but don’t think that Angela is not seeing results!

Angela has reduced her pain medication by half!

She has a smile about her and an air of happiness and drive that she didn’t have when we first met.

She has lost weight and when the weight does creep back up (after a holiday for example) she knows exactly what to do to shift it again and she does so very quickly.

Angela meditates regularly and as a result, can manage other situations in her life with relative ease compared to previously.

Above all else though, Angela understands her body (and her mind) a lot more now and is very mindful of what she eats. When she eats and how much.

Because Angela was very much an under eater, weight loss for Angela has very much been about eating more rather than less!

As Angela’s gut repairs and builds a healthier microbiome her inflammation (leading to joint pain), IBS and energy levels will all improve. She will lose weight and with the reduction in her joint pain, she will be able to exercise a little more.

I love working with Angela! An incredibly focused and hard working lady who is determined to improve her health and because of this work ethic and determination, we will get there.

Do you want to know more?

If you would like to know more about the program that Angela has been working in, please check out the link below and let’s see if you are eligible to join Angela within the Path to Happiness community…..

How to perfect your squat technique

Things I wish I knew when I was younger

How to lose weight AND keep it off

Lose the Bloat, Lose Weight and Feel Great in just 1 week with the very Popular HealthBuddy Reset Program – all meals and recipes included!

Get this straight to your inbox now by adding your details below.